The Trust’s local tawaki rangers monitored nests at three sites in South Westland during the 2020 tawaki breeding season, Knight’s Point, Jackson Head West and Gorge River, to establish breeding success.  Monitoring discontinued when chicks left the nest to creche.  Crèche areas were checked for signs of predation.  Many of these nests also had trail cameras set up to observe breeding success and predator activity and the final sets of images are being analysed through the Jobs 4 Nature programme.  More details to follow once all the data is in.

The additional effort to monitor predators during the 2020 breeding season was because it followed a beech mast (massive seedfall event) and it was expected we would see many early chick deaths due to stoat predation, as was observed in the 2016 season.  This did not eventuate.  It is difficult to measure subtleties of the beech mast (timing and local severity), and the subsequent increases in mouse, rat and stoat populations.  Despite this year’s findings, the dynamic forest change led by a beech mast is still present as a threat to all forest dwellers, including tawaki chicks.  We hope to learn more once the imagery from the three colonies has been fully analysed and reviewed.

Summary of breeding success, noting that, unless food is unusually abundant or very scarce, and assuming no predation, one chick is usually raised per nest.

We are thrilled to announce that Kerry-Jayne Wilson's eagerly anticipated book specifically about the seabirds of New Zealand is to be published in October.

We are thrilled to announce that Kerry-Jayne Wilson's eagerly anticipated book specifically about the seabirds of New Zealand is to be published in October. This has been a labour of love for Kerry-Jayne, who has had a passion for seabirds for many years, and the new book, being published by Potton & Burton, looks superb with stunning photographs. New Zealand is often described as the seabird capital of the world - rightly so as no other country has so many species of breeding seabirds, while about a third of them are only found here. The book will be an essential companion for anyone who appreciates the wildlife of our coastlines and the oceans beyond.  And we know that means you. Find out more about the book, have a sneak preview inside and get your order in for one of the first to come hot off the press here: https://www.pottonandburton.co.nz/product/new-zealand-seabirds/

The Westland Petrel – by Kerry-Jayne Wilson

The Westland Petrel – by Kerry-Jayne Wilson 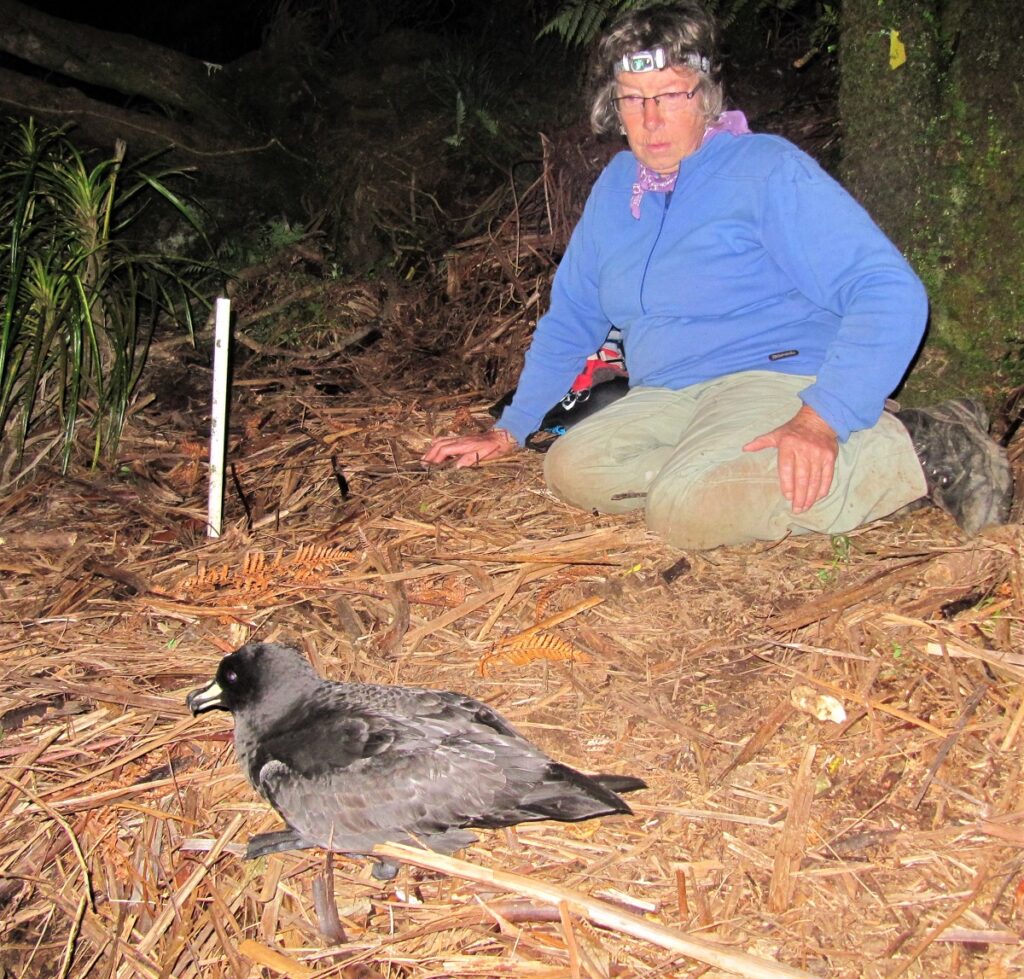 As part of an occasional series featuring species and their photographers by the team at the Agreement on the Conservation of Albatrosses and Petrels, Kerry-Jayne Wilson was invited to tell the story of the Westland petrel.

As part of an occasional series featuring species and their photographers by the team at the Agreement on the Conservation of Albatrosses and Petrels, Kerry-Jayne Wilson was invited to tell the story of the Westland petrel. 'Discovered' in 1945 as a new species, the Westland petrel or taiko has been of interest to ecologist and ornithologist Kerry-Jayne since the 1970s when she discovered it on caving trips around Punakaiki. Here, she tells a bit of their story, using her own and other photos from the DOC Ranger leading the Westland petrel work, Kate Simister. https://www.acap.aq/latest-news/4154-featuring-acap-listed-species-and-their-photographers-the-westland-petrel-by-kerry-jayne-wilson Note: In the photo above, Kerry-Jayne was doing field work and the bird landed close to her.  We encourage people to stay away from all wildlife to avoid disturbing them and we do all we can to minimise our own interactions with wildlife in the course of our conservation work. 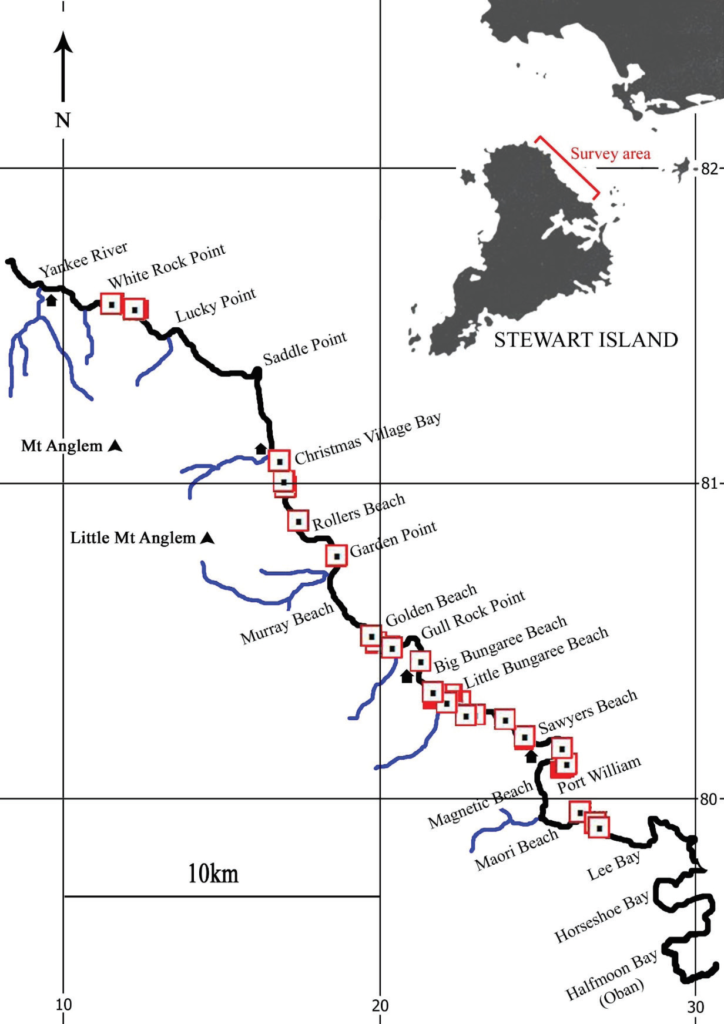 Robin Long's survey of 40km of the rugged north coast of Stewart Island for tawaki has been published in Notornis, the journal of the Ornithological Society of NZ, this month.

Robin Long's survey of 40km of the rugged north coast of Stewart Island for tawaki has been published in Notornis, the journal of the Ornithological Society of NZ, this month. Robin, the Trust's new Chair, has been surveying tawaki nests since the age of 14.  In recent years, she has extended the search from South Westland to Stewart Island to help better understand the range and size of the tawaki population there. Last year, in 2020, along with Simon Litchwark, she surveyed the coast of Port Pegasus and, the year before, they surveyed a section of the northern coast. The rigorous process of write up and peer review of a report covering the 2019 survey has resulted in the publication of a paper by the pair in the latest edition of Notornis, 68(3): pages 183–187. They conclude that a significant breeding population is present and needs to be considered in future management plans for the species. Also that additional surveys to cover the remaining coastline would be useful. Read the paper here.
more news