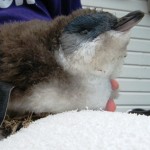 Sadly two little blue penguins from the north end of Hokitika’s town beach didn’t make it to the new year.

It is unusual to see penguins so close to the urban area, but their instinct makes no allowance for human activity.  A dead adult penguin was found in dune vegetation just before Christmas and a nearly-fledged juvenile was found on the beach nearby a few days later.  Depsite care from a local native bird carer, the young penguin didn’t make it through the night.  Both deaths are from unknown causes and the bodies have been stored for possible autopsy later. 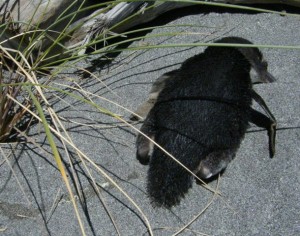 The adult appeared to be in a relatively poor condition but penguins so close to the population are always vulnerable to loose dogs.  A plea goes out to all dog owners to ensure their dogs are under control at all times.