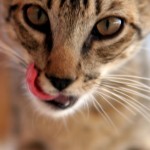 An injured penguin found beside the highway at Awatuna in late July was found to have been attacked by a cat.

END_OF_DOCUMENT_TOKEN_TO_BE_REPLACED

Spring is springing all around us and penguins up and down the coast are likely to be incubating eggs.

END_OF_DOCUMENT_TOKEN_TO_BE_REPLACED 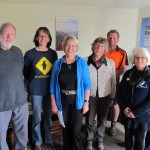 We’re delighted to report that the Trust has been successful in its bid for funding from DOC’s Community Conservation Partnerships Fund! END_OF_DOCUMENT_TOKEN_TO_BE_REPLACED 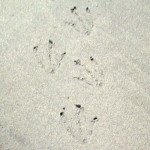 The annual blue penguin census, where Coasters get out onto their local beach and look for penguin tracks, will take place a little later this year, around 9-12 October.

END_OF_DOCUMENT_TOKEN_TO_BE_REPLACED

A few days in the life of a tawaki family 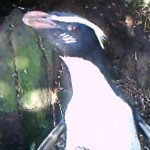 The Trust’s ‘pre-predator control’ monitoring project in South Westland is producing a fascinating insight into the day to day existence of our rare Fiordland crested penguins.