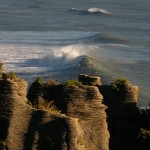 The West Coast Blue Penguin Trust believes the Government has not gone far enough to protect marine eco-systems on the West Coast. END_OF_DOCUMENT_TOKEN_TO_BE_REPLACED

Popular Penguinville is returning to Hokitika beach as part of Hokitika’s Driftwood & Sand Festival.  Over the last three years hundreds of children have enjoyed making elaborate penguin houses at Penguinville.  This year the festival will run from 21 to 27 January 2012.  Ranger Reuben Lane will also be back running his penguin painting workshop.

Juveniles are out exploring 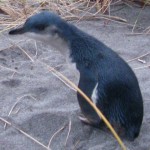 A report came in to the DOC hotline today about a penguin trapped in a hole in a garden in Hokitika.  END_OF_DOCUMENT_TOKEN_TO_BE_REPLACED 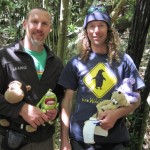 END_OF_DOCUMENT_TOKEN_TO_BE_REPLACED

The darkest night – colony wiped out by dogs

The West Coast Blue Penguin Trust is devastated after dogs have annihilated a Westport blue penguin colony killing 15 penguins in a matter of days.
The dead penguins were found by members of the public and the Trust’s ranger at the lighthouse end of the Cape Foulwind track.  The deaths are being investigated by the Department of Conservation and local dog control officers.    END_OF_DOCUMENT_TOKEN_TO_BE_REPLACED

The Trust has been advised that someone, probably from the Westport area, has been phoning Westport numbers saying they are from the Penguin Trust, and soliciting donations for the penguins.  The West Coast Penguin Trust would welcome donations (see our Contacts page for details) but the Trust is not seeking and will never solicit donations by phone or door to door calling.  Please do not give money or credit card details to anyone requesting money to help the penguins.  If this happens, please advise the police immediately.  This is a scam and has no connection to or approval from the West Coast Blue Penguin Trust.

The Trust’s annual penguin survey takes place between 1st and 5th August.  From north of Karamea to south of Haast, we need you to help us learn where little blue penguins are, and year on year surveys give us an indication not only of presence/absence but also declines in populations.  END_OF_DOCUMENT_TOKEN_TO_BE_REPLACED 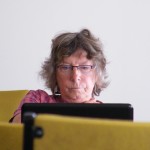 The Ornithological Society of New Zealand presented one of two Robert Falla Memorial Awards to Trust Chair, Kerry-Jayne Wilson, at the Penguin Symposium in Oamaru on 12th July 2012.  The award acknowledged the work of Kerry-Jayne Wilson in the field of ornithology and her contributions to the work of the society over many years.
END_OF_DOCUMENT_TOKEN_TO_BE_REPLACED 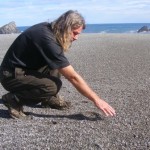 A huge thank you to all those who took part in the annual west coast penguin survey.  From Haast to Karamea, the results are coming in.  A rough analysis indicates that the number of surveys finding more prints than last year was about the same number as those that found fewer prints.  A couple remained the same.  END_OF_DOCUMENT_TOKEN_TO_BE_REPLACED 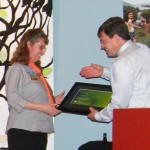 The work of the Hokitika Scouts with the West Coast Blue Penguin Trust was acknowledged with a West Coast Conservation Award, presented on Thursday.  They have been supporting the work of the Trust since 2010 through participation in the annual census.  This led them to see the problems faced by penguins as nest areas were being trampled by cattle and habitat had been cleared for development. END_OF_DOCUMENT_TOKEN_TO_BE_REPLACED